The Day When Fear Disappears 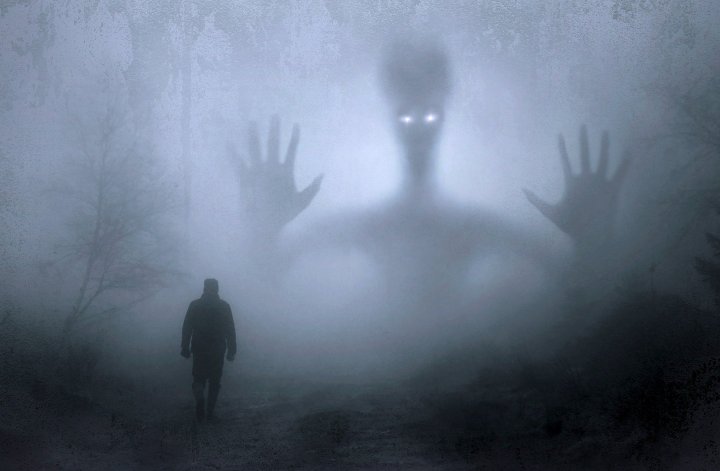 Do not do anything with fear; and fear not whatever you do.

According to metaphysics fear is caused by the lack of light. Therefore the more light there is in the heart the more fearless the heart becomes. … When a person is afraid of a dog, he gives the dog a tendency to bite him. This can be noticed so plainly in the lower creation, that every animal is afraid of another animal, and the expectation of harm makes it fear more than does the idea of the hugeness of the form or the bodily strength of another animal. Many things in life can be brought about, not only by wanting them and thinking about them, but also by fearing them, both objects and conditions. To clear one’s mind of fear is like bringing light into a dark room, and as light is needed to illuminate a dark room so the light of the soul is necessary to clear away the thought of fear. … When one fears, this world frightens one, but when one clears one’s heart of all fear, the whole world of illusion turns into one single vision of the sublime immanence of God.

One need not say that one should fear nothing, though one may say that fear is a bad thing. There is a story of a Brahmin, a young man who was very much impressed by what his guru told him: that the whole of manifestation is the immanence of God and that, therefore, there is nothing to fear, nothing to distrust. This thought made the young man feel quite at home in the world, quite comfortable. Then one day a mad elephant came along the road on which the young man was walking. The men running before the elephant yelled, ‘Away, away! The elephant is coming!’ But the young man would not get out of the way. With palms joined he stood as fearlessly before the elephant as one stands before God, as his guru had told him. The consequence was that the elephant gave him a shove and he fell down. He was brought to the guru who asked him what had happened. The young man said, ‘Guruji, you said that all is the immanence of God, and therefore, in all reverence, I stood before the elephant with joined hands.’ The guru said, ‘Did anyone tell you to get out of the way?’ He replied, ‘Yes.’ ‘Why then,’ said the guru, ‘did you not stand before that man with joined hands and listen to him?’ Not to be deeply impressed by distrust does not mean that we should be over-ready to bestow our trust upon anyone, nor does giving up fear mean that we can stand in front of a moving motorcar thinking, ‘I trust it will be all right.’

The best practice one can make is to speak with oneself, with one’s own fear; to dispute with it, and to root out the reasons on whose foundations it rests. What generally happens is that all things one fears, one fears even to think of them. But the solution of getting above fear lies in analyzing the cause of the fear and so making it non-existent. [Wo]Man by nature possesses a tremendous power hidden in [her]his heart, the power which waits constantly to become [wo]manifest. This power is hidden by fear. The day when fear disappears, this latent power will manifest to view. 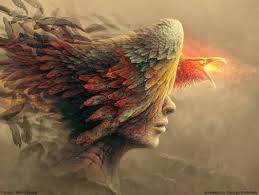 Return of the Bird Tribes: A Nation of Women with Wings 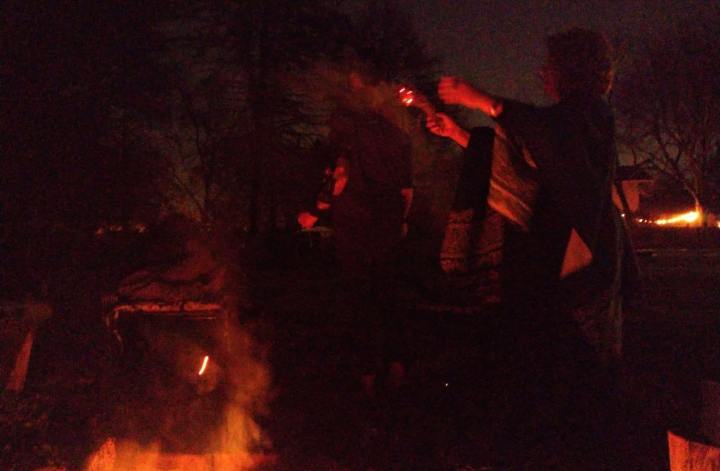 Directions for Closing a Sacred Circle 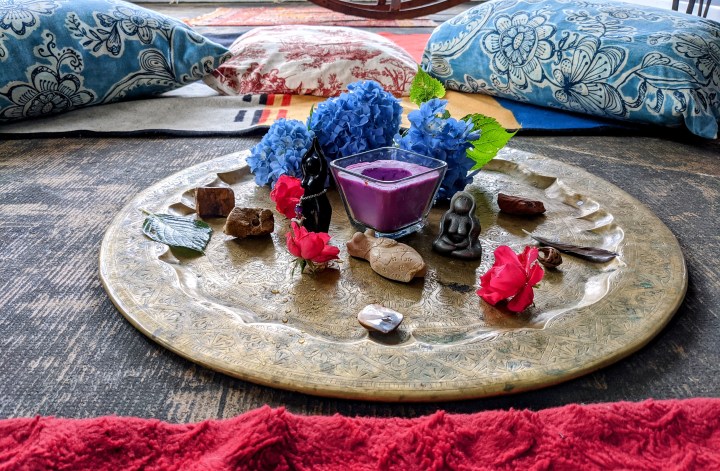 Attendance at A Women’s Circle